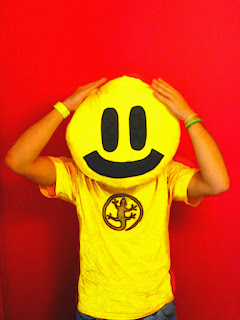 "Behind every mask there is a face, and behind that a story" – Marty Rubin

The great magic and the whole spirit of institutional radio were the main factors that inspired me to enter the radio game and set up my own new project, after having already participated on some others in the past.


GL0WKiD ('0' written with a zero officially) was born in summer 2011 somewhere in Athens/Greece, keeping a secret identity in order to obey to this kind of magic. The magic of the unknown, with the way it used to be, while listening to several radioshows on local FM stations back then. Only the non-digital, oldskool '90s can face this beauty.
And so my aim is to push out the music that I am passionate about, promoting and giving it a blast with the power of love. For the love of the buzz, in a few words!

'Oldskool & '90s' are also two words of value that exist deep inside me, as this spirit is indelible. That's what I try to show off on my radio show which is called Generation X [RadioShow]. This is translated like a blended generation, where Oldskool meets Nuskool, attracting listeners of different ages and preferences and from various nations.

Generation X [RadioShow] is a big expression of myself. And that pure spirit has achieved it entering as one of the Top 5 nominations in the category 'Best Radio Show' on the International Breakspoll Awards 2014. (Read more about GenX show here) 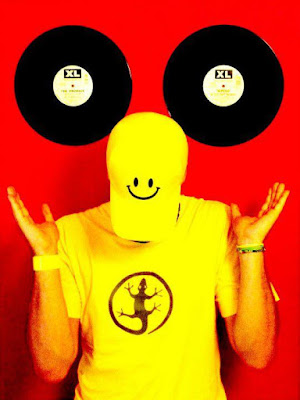 In 2013, I joined the proud team of The Prodigy Fanboy where I offer my services as an author writing news and reviews on the website about my biggest music love, The Prodigy; doing also some essential podcasts including Prodigy-related stuff, like tracks from their discography, fan remixes, bootlegs, live versions and side projects. (You can listen to all podcasts here)

Aside of these, I've also made few successful Prodigy tributes on Generation X [RadioShow] like 'The Prodigy Remixed'   -  '20th Anniversary of Music For The Jilted Generation'  -  'The Day Is My Enemy Special Showcase' - 'No Tourists Special' and 'RIP Keith Flint Tribute' that have been still receiving huge love worldwide.


The Prodigy are an essential part of my life as I describe them like my NO.1 music religion. It's the band that has affected & inspired me to begin experimenting with music, as they've proved that they are specialized in blending emotions & genres giving a result of a unique stylee which is full of energy and its called The Prodigy. The quote 'We Live For The Beats' covers everything about that, connecting different ages & generations. This is also one of my aims on my radio show which comes true. And I'm very pleased to deliver this message to all listeners.

I've seen the boys on many gigs and I admit that every time is a totally unique performance from the best live band on planet Earth!

So, around 2012, this huge 'ant' love forced me setting up my own Prodigy Tribute Parties in Athens/ Greece, playing out all night long, spitting Prodigiezed chaos with a great success and response from the party masses, giving away also some exclusive mixtapes and showing off in general that the 'ant' spirit is still alive & pumping!


My biggest moment (till the next big thing of course) came in September 2016, when I was booked to play @ Old Skool Festival 2016 in the Hardcore capital of the third largest city in Poland, the wonderful Lodz.
This was a huge experience on a big 2dayer festival playing along with many legendary names such as N-Joi, Rachel Wallace, N.R.G, Rozalla, The Freestylers, General Levy, Sublove, Nicky Blackmarket, Davos, Mark XTC etc. as well as local DJs and good friends DJ Tornado, Greg Sin Key, Oneplayz. Good people, good times! 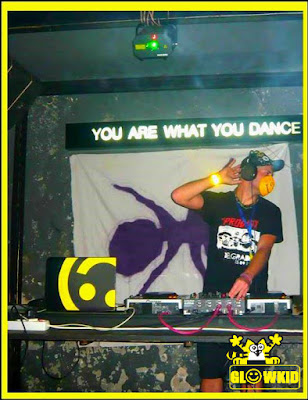 Late 2016, I had the chance getting my first release collaborating with the almighty UK rave act Xenophobia (well known for their huge '92 anthems 'Rush In The House' & 'The Wobbler') on a tune titled 'Glow To The Rush' which came out after a great contact with act's main brain Sid Truelove and it's an indispensably proud moment. Specifically, I'm on the lyrics/vox part & Sid on the music production & mixing.

2018 was the year when I decided to do some occasional special editions of my radio show due to busy schedule while running 7 years in a row of a weekly basis. So #GLOWBUZZ was born on behalf of my strong desire to make something quite different & something that has been missing from the Hardcore Rave scene under a video format. All Hardcore community has totally embraced this new project, showing their full support and respect. I personally feel stoked expressing myself through a video format and keep pushing the music I represent on this videoshow.

Finally, I'm a partner/manager & blogger on the Strictly Nuskool Blog, the perfect Nuskool Hardcore & Nu-Rave place since 2013, which features reviews of all the latest releases, interviews, podcasts and much more interesting stuff, promoting the Nuskool Hardcore and Jungle sounds of present. There are many great representers out there keeping it alive, and that's my quote about the present scene, like 'Oldskool never died, it has just become Nuskool' ..!

The Strictly Nuskool Blog is also running as a free net-label, giving away on free download, many releases, like EPs, Albums, and exclusive singles from a worldwide variety of talented Hardcore producers, covering genres like Hardcore Breaks, Hardcore Jungle, Oldskool Hardcore, Jungle and Hardcore Techno. (You can check out all releases here).

In addition to that, I'm occassionally writing album reviews for the blog of Discobole (one of the oldest record stores in Greece) and also over Dublin based Iconic Underground Magazine.

From The Prodigy (No.1 music religion), The Chemical Brothers, Underworld, Fatboy Slim and that great BigBeat 90s movement, Beastie Boys, Limp Bizkit, Moby, Bomfunk MCs, and a variety of genres from Breakbeat Hardcore (Kniteforce Records,Suburban Base, Altern8), Eurotechno/Eurodance (2 Unlimited, Technotronic, 2 Brothers on the 4th Floor) and German Techno scene (Dune, Marusha) to Electro, Breaks and HipHop and basically anything related to the word 'rave' (this word covers how people should feel & always party with an uplifting and cheerful mood for life, without blinkers & borders)

INTERVIEWS WITH... (click on each name to check more):